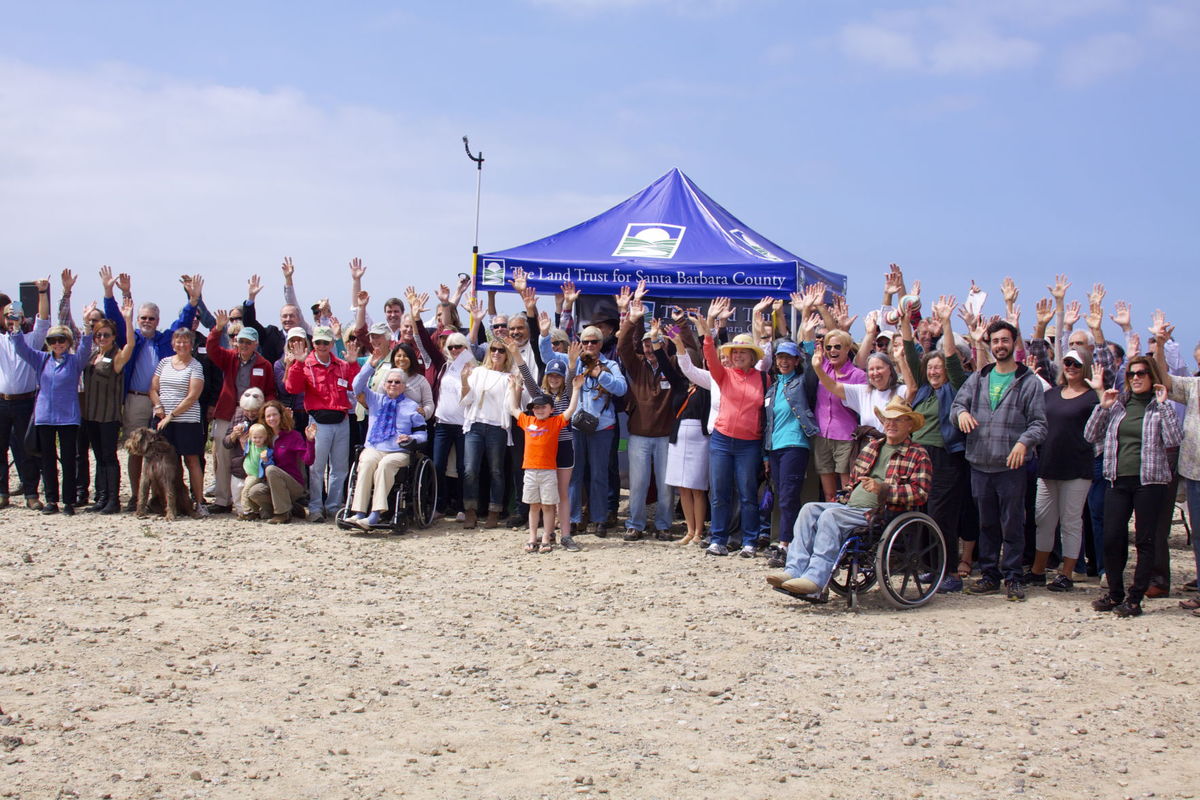 Bluffs III recently received a $450,000 windfall from the California Transportation Commission in the form of an Environmental Enhancement and Mitigation Program grant. The grant nearly completes fundraising for the 21-acre bluff top property located on the east end of Carpinteria, a project overseen by the Land Trust for Santa Barbara County.

“We are very grateful to the State Resources Agency and the California Transportation Commission for this very significant grant which will be a tremendous help in furthering our goal to preserve coastal open space in Carpinteria,” stated Carpinteria Mayor Fred Shaw. The City of Carpinteria will be the ultimate owner and long-term steward of the property.

The State Coastal Conservancy and the County of Santa Barbara are considering requests for additional public funding for the property. The Land Trust will also continue its private fundraising drive until the full $7.9 million is raised to cover the purchase of the property as well as restoration work and an endowment.

“The Land Trust couldn’t be more pleased that the State has joined the more than 1,500 community members that have contributed towards this rare opportunity—to acquire this property for resource protection and enhancement, as well as community trails,” stated Chet Work, Executive Director of the Land Trust. Citizens for the Carpinteria Bluffs also partnered with the Land Trust in acquiring the property and raising funds from the community of Carpinteria.

Bluffs III was used as a racetrack in the 1950s. More recently, illegal dumping and homeless encampments have plagued the property on the periphery of the city. Nonetheless, the 21 acres contains stands of quality natural habitat, including coastal sage scrub and coastal bluff scrub. There is also riparian habitat within an ephemeral channel that runs through the property, as well as in the 17 seasonal wetland pools on the site, eight of which are classified as coastal wetlands. These habitats are used by terrestrial wildlife, as well as migratory and resident birds including white tailed kites, which are known to forage on the Carpinteria Bluffs.

This article was published in the Coastal View News on March 25, 2017

Toro Canyon’s Hay Hill is home to a win-win-win land deal as John Gabbert, the new owner of the 88-acre property, recently shook hands with the Land Trust for Santa Barbara County and the Santa Barbara Botanic Garden.

Update on the Rincon Bluffs Preserve

The Land Trust and the City of Carpinteria are working on the final details of the easement of the Rincon Bluffs.

Now, through a unique deal, more than 80 acres of this property will be preserved forever.
DONATE
SUBSCRIBE
SHOP TO DONATE