Driving north or south on Highway 101, you’re sure to have noticed the scenic ocean vista, swaying Eucalyptus lined paths, and fields of coastal sage and wildflowers known as Carpinteria Bluffs, which offers spectacular views of Anacapa, Santa Cruz and Santa Rosa Islands. The property also overlooks a low tide beach and one of the four harbor seal rookeries remaining along the southern California coast. Among this stunning scenery passersby walk their dogs along the tree lined paths, peak at the harbor seals, ride bikes, paint landscapes and stop to capture yet another of the magnificent sunsets melting into the Pacific.

History of the Bluffs
For over 20 years, the citizens in Carpinteria fought against development of the Bluffs. Developers with proposals for hotels, housing tracts, business parks and oil refineries came and went without success. Weary of fighting against projects, local conservationists formed the Citizens for the Carpinteria Bluffs in 1996 to raise money and build support for a permanent solution. In 1997, the Land Trust began meeting with the Citizens, and in 1998 we jointly convinced the newest owner/developer, Shea Homes, to discuss selling 52 acres. Finally, in August 1998, Shea Homes agreed to sell the property to the Land Trust for $3,950,000 – well below the appraised value. The developer would only agree to sell if we could raise the entire purchase price by December 31. Setting aside all fear of failure, the Land Trust and Citizens for the Carpinteria Bluffs agreed to team up and try to make this deal by raising $35,000 per day! With a lead grant from the Wallis Foundation, a $1 million grant and $1 million loan from the State Coastal Conservancy and a non-stop grassroots campaign, our two groups succeeded in raising not only the purchase cost, but an extra $500,000 to fund an endowment to maintain the property after its purchase. Over 3,000 people, many local businesses, 15 foundations and four government grants made this campaign one of the largest conservation land purchases in county history. In October 2000, the Land Trust and Citizens for the Carpinteria Bluffs completed negotiation to turn the property over to the City of Carpinteria to own and manage it as an open space preserve. The Land Trust holds a conservation easement on the property, limiting development on the Bluffs to walking trails, a bikeway and a six-acre area for soccer and baseball fields.

Visiting the Carpinteria Bluffs
The Bluffs are open every day sun up to sundown for walking, hiking, painting and bike trail rides. Approximately once a year, the Land Trust organizes special docent-led hikes and lunches. The Citizens for the Carpinteria Bluffs often sponsor sunrise hikes and other events. To find out more about the ball fields and other public improvements underway at the Bluffs, call the City of Carpinteria Parks Department at (805) 684-5405. 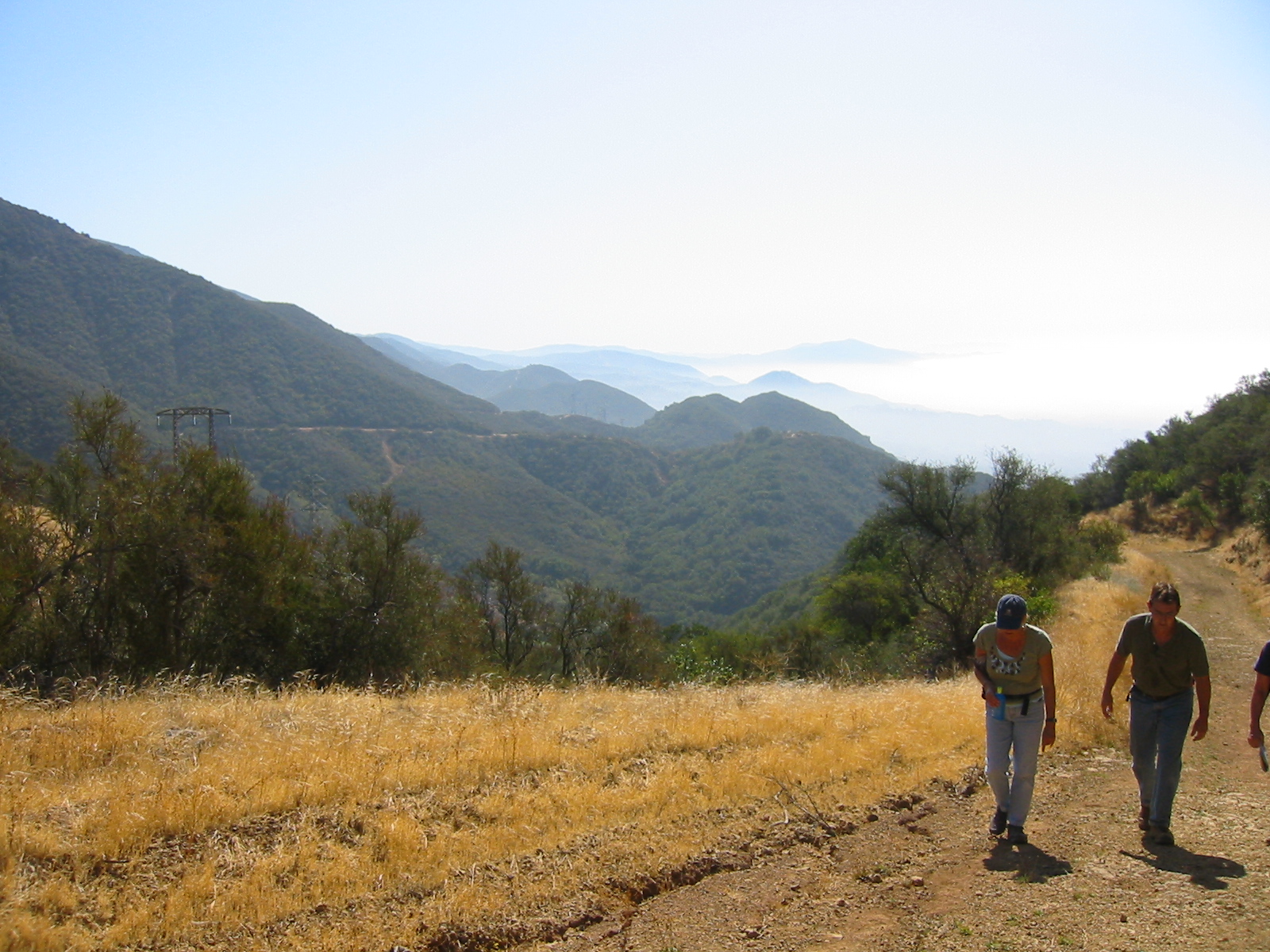