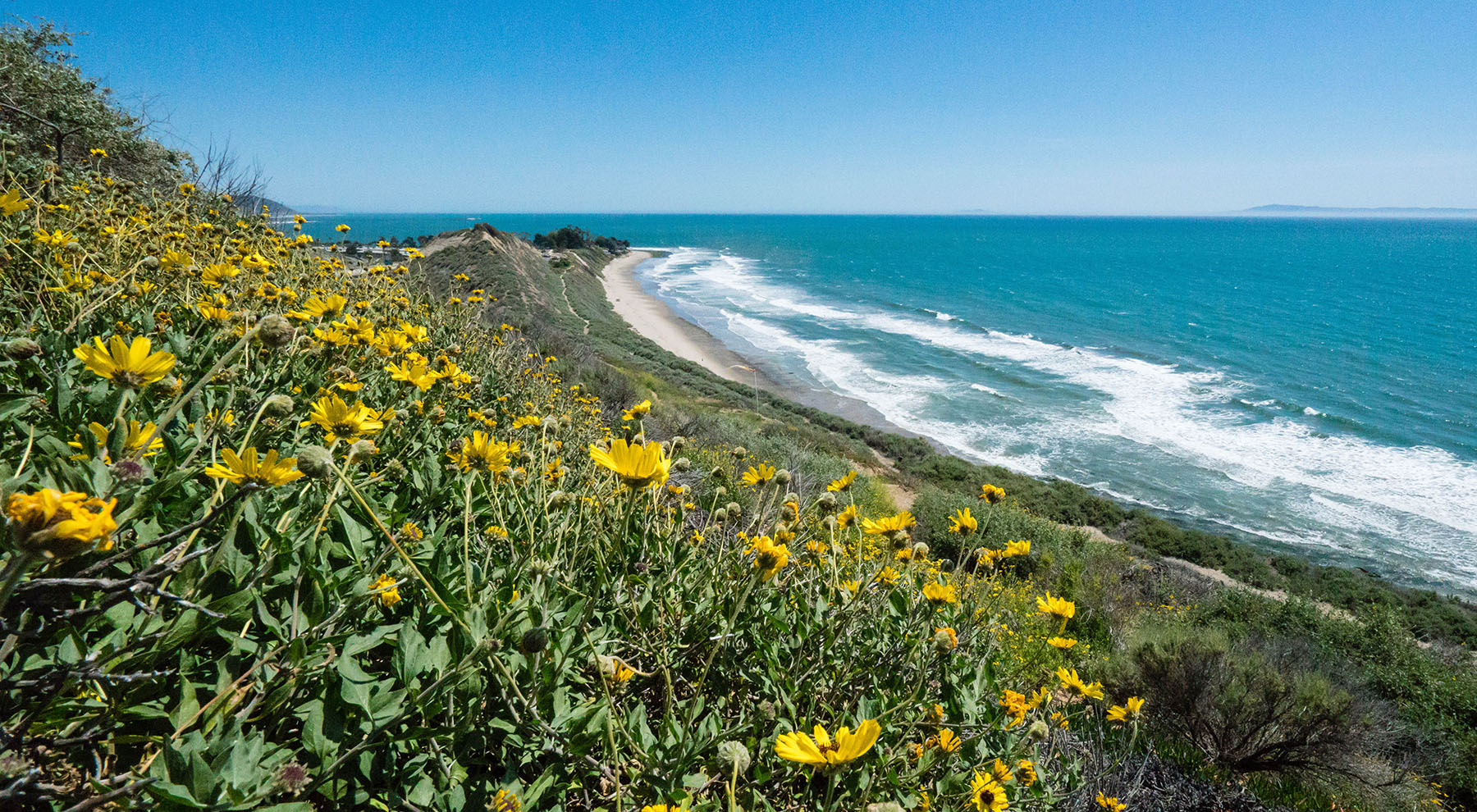 After public input and review last month, an official, “real,” name has been determined for Carpinteria Bluffs III. The permanently protected open space will be called Rincon Bluffs Preserve.

The Land Trust received naming suggestions, ranging from the tongue-in-cheek (I Ain’t Bluffin’ Bluffs and Carpy Diem) to activist (People’s Bluffs!), from more than eighty people over a six week period. Rincon Bluffs was one of the most popular suggestions.

“Corner” or “nook” in Spanish, rincon in English has come to be known as an alcove or angular recess in a cliff. Most of us, however, associate the word with one of the most famous surf spots in California, known around the world for its well-formed waves and long rides. The property, overlooking Rincon, is one of the last remaining undeveloped coastal properties between the western edges of Goleta and the Ventura County line.

Since 1985, The Land Trust for Santa Barbara County has worked with community groups, willing landowners and others to preserve, restore, and manage open space, wildlife habitat, and family farms and ranches throughout the County. To date, the Land Trust has helped to preserve more than 25,000 acres of natural resource and working land across the county, including the Arroyo Hondo Preserve, Sedgwick Reserve, Carpinteria Bluffs Nature Preserve, Coronado Butterfly Preserve, Point Sal, Carpinteria Salt Marsh, and several ranches on the Gaviota Coast.

To learn more about the Land Trust visit sblandtrust.org or contact Carrie Mullen at 805/966-4520 or [email protected].

Check out our Fall Newsletter for all the news, including "Dispatches from the Field" with our Conservation Manager, Graham Wesolowski, new Hot Springs Trail signage, and 88 acres protected in Toro Canyon.

Update on the Rincon Bluffs Preserve

The Land Trust and the City of Carpinteria are working on the final details of the easement of the Rincon Bluffs.

The Land Trust Partners with Betteravia Farms in a win-win for agriculture and endangered species.
DONATE
SUBSCRIBE
SHOP TO DONATE