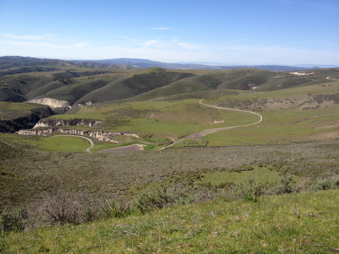 The Land Trust for Santa Barbara County, Conservation Land Group, and Rancho Purisima, LLC announced today that the California Department of Fish and Wildlife and the US Fish and Wildlife Service have formally approved the La Purisima Conservation Bank in northern Santa Barbara County. The Conservation Bank, along with the conservation easement being held by the Land Trust, will provide permanent protection to 853 acres of critically important grasslands and oak woodlands within the Purisima Hills near Lompoc.

“The Land Trust is very excited about our participation in the effort to protect this beautiful ranch.  Public-private partnerships such as the La Purisima Conservation Bank present a win-win opportunity for private landowners to think about a conservation option.  The landowner can be compensated for protecting important resource values on their lands,” said Rich Nagler, President of the Land Trust for Santa Barbara County.  “This is a great model for Santa Barbara County,” he added.

“Past history indicates that conservation banks achieve greater conservation goals than individual mitigation projects while at the same time simplifying the regulatory process,” stated Assemblymember Das Williams who supported the creation of the La Purisima Conservation Bank.  “Consistent with state and federal laws, approval of the much-needed La Purisima Bank will protect important wildlife habitat while providing environmental mitigation for projects that will create local jobs,” he added.

La Purisima Conservation Bank, the first of its kind in Santa Barbara County, provides a mechanism for local developers, county, state and federal agencies, utilities and energy producers to mitigate their impacts to habitat of the included species, as required by law.  For example, instead of onsite mitigation for the impacts created by a project, the project proponent can instead purchase mitigation credits from the conservation bank since that land is protected as habitat in perpetuity by the Conservation Bank and easement.  The Bank completed its first credit sale of 69 acres to the City of Santa Maria, which had needed California Tiger Salamander (CTS) mitigation for several years.

“For more than 50 years, the City of Santa Maria had been working to build an important public works project, the Union Valley Parkway.  However, mitigating the biological impacts of the project proved challenging and potentially expensive.  Rather than purchase property to meet the required conservation conditions, the City Council chose a cost-effective solution with the purchase of credits at the La Purisima Bank, thereby completing our mitigation,” noted David Whitehead, Director of Public Works/City Engineer, City of Santa Maria. 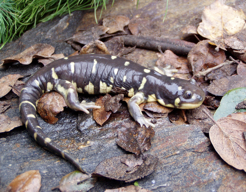 effort to protect a number of threatened and endangered species that occur on the property. The owner and Conservation Land Group then began working closely with the Land Trust, the local community, and federal and state wildlife agencies to obtain certification of the Conservation Bank.  The Conservation Bank is now selling mitigation credits to parties that impact habitat for CTS and western spadefoot toad.

The Bank property, which consists of grasslands, oak woodlands, and coastal sage scrub, includes one of the largest blocks of federally-designated Critical Habitat in Santa Barbara County for the endangered CTS.  Stock ponds on the site provide breeding habitat for CTS, as well as for western spadefoot toad, a California Species of Special Concern.  Habitat enhancement on the property may also lead to breeding of California red-legged frog, a federally threatened species.  The property will be managed in perpetuity for the protection of these species, as well as other sensitive plants and animals.

“The La Purisima Conservation Bank will lead to numerous benefits, the most important of which is helping to move the endangered California Tiger Salamander closer to recovery,” stated Andrea Adams, Fish and Wildlife Biologist, Ventura Fish and Wildlife Office.

“Securing the future of Santa Barbara County California tiger salamanders will require protecting large tracts of land, including the ponds where they breed and the surrounding uplands where they forage and shelter in ground squirrel burrows.  Tools that allow private landowners to benefit by voluntarily protecting endangered species on their land can be a powerful force for recovery,” added Jeff Phillips, Deputy Assistant Field Supervisor, Ventura Fish and Wildlife Office.

“Recognizing the detrimental impact to the long-term viability of CTS from fragmented, non-contiguous islands of mitigation throughout Santa Barbara County, the owners of the Purisima Ranch property pursued the lengthy and complicated task of entitling the property as a conservation bank. This effort has led to the protection of over 853-acres of critical CTS habitat that will be preserved forever. We are thrilled to have played a role, together with The Land Trust and the community, in this successful conservation effort,” noted Debra Geiler of Conservation Land Group.

Ocean Meadows Golf Club to be Restored to Wetlands

After a four-year effort to raise $7 million in federal, state and local funds to…

From CENTRAL COAST FARM & RANCH·THURSDAY, JUNE 11, 2020 Read the full article or download the…