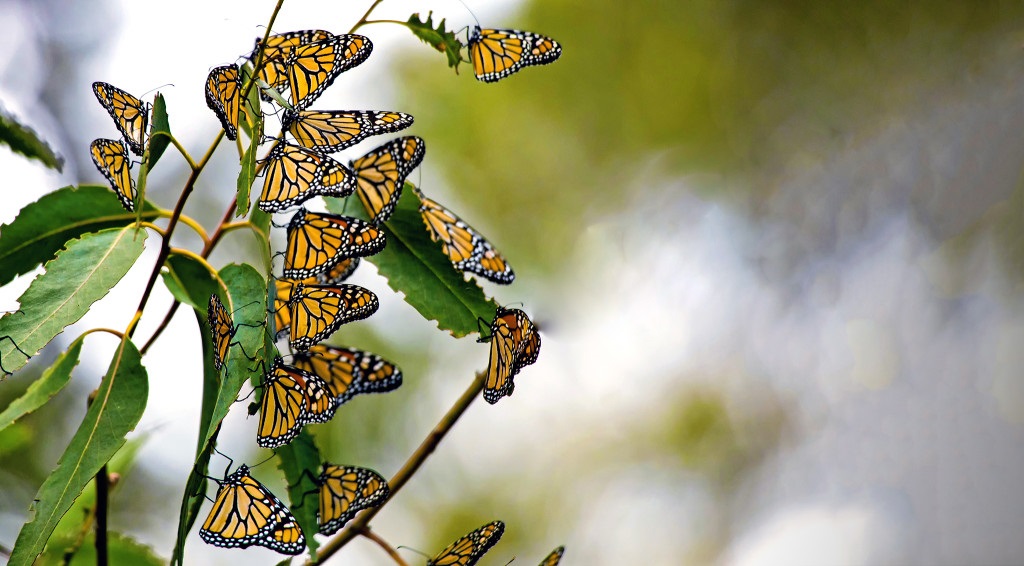 The Western Monarch Thanksgiving Count (WMTC) marked its 20th anniversary in 2016. Begun in 1997, the count has become one of the longest-running and most significant insect citizen science projects in the U.S. (Click here for a brief history of the WMTC, written by Xerces founder Bob Pylehere).

Volunteers visited a record number of sites—253 and tallied a total of 298,464 monarchs this year. A truly incredible effort, but fewer than 300,000 butterflies means that populations are still very much at risk—this year’s total is a fraction of the 1.2 million monarchs recorded in the late 1990s.
Although the total number of monarchs counted this year was greater than last, the increase can be attributed to a large increase in volunteer effort. Counts at major sites were down when compared to recent years. Key sites such as Pismo Beach and Natural Bridges saw lower populations this year and all but one of the 15 sites continuously monitored since 1997 had lower counts than in the prior year. There are a few positive findings from this year’s results. Four new sites were documented in Southern California and a private site in Monterey County hosted over 39,000 butterflies—the largest aggregation observed in the last 10 years on the California coast.

A special thank you as well to WMTC coordinators Jessica Griffiths and Charis van der Heide, as well as researchers Prof. Francis Villablanca and Dan Meade and their volunteers whose team visited more than 100 sites in Santa Barbara County alone!

The Land Trust for Santa Barbara County’s Coronado Butterfly Preserve is a 9-acre parcel nestled next to the City of Goleta’s Main Grove, one of the handful of sites in Goleta where monarchs are counted every year. If you would like to hear more about the results, come to our Lunch & Learn on March 16. Charis Van de Heide will be our presenter. Email [email protected]
To view all 1997-2016 Western Monarch Thanksgiving Count data, click here.
For a report about the condition of the overwintering sites and the analysis of 20 years of WMTC data documenting a 74% decline in the California overwintering population since the late 1990s), State of the Monarch Butterfly Overwintering Sites in California click here
DONATE
SUBSCRIBE
SHOP TO DONATE